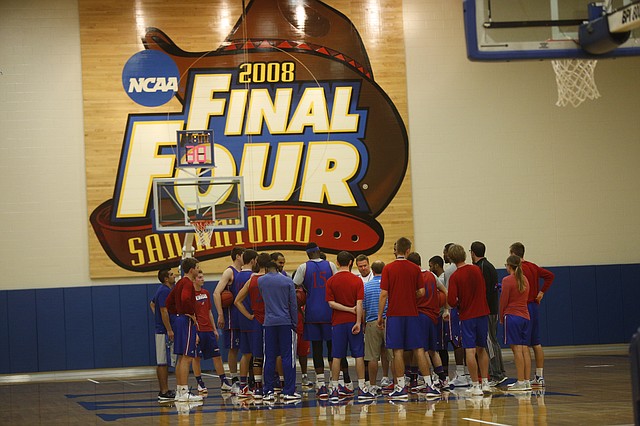 Kansas University coach Bill Self and the Jayhawks gather before practice on Thursday, Oct. 15, 2015, at the KU practice facility.

The NCAA Division I Council this week approved a plan to allow college basketball players to start working with their coaches for the first time since the pandemic wiped out March Madness.

Self: Kansas ‘stale’ so far

Kansas University basketball coach Bill Self walked through the northwest tunnel of Allen Fieldhouse toward the locker room with a frown on his face following Thursday’s 2 1⁄2-hour practice. By Gary Bedore

Bill Self is the only Big 12 basketball coach who did not pick Kansas University to win its 12th-straight conference title in the league’s preseason poll. By Gary Bedore