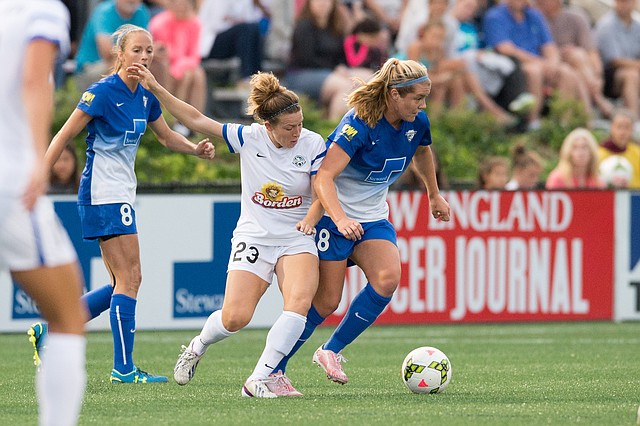 FC Kansas City’s Caroline Kastor (23) makes a move against the Boston Breakers in this photo from July 9 in Allston, Massachusetts. Kastor played at Kansas University, sat out a year, then joined the Blues this season — just in time to win the National Women’s Soccer League championship.