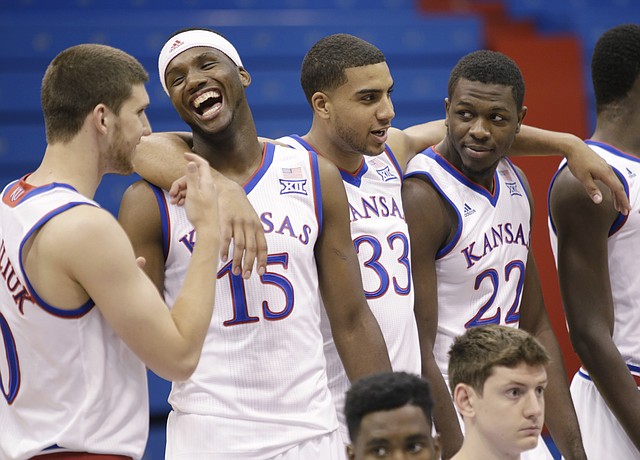 With so many front-court contributors gone from a season ago, arguably the most intriguing option in KU’s new-look big man rotation is former Ole Miss transfer Dwight Coleby, a 6-foot-9, 240-pound junior who sat out during his transfer season because of NCAA rules and rehabbed a knee injury in the process. By Matt Tait

Highly acclaimed Cheick Diallo, who enters college as the No. 5-rated player in the recruiting Class of 2015 by Rivals.com, figures to be a lock for Big 12 preseason freshman-of-the-year honors. He might not be the only Kansas University freshman to garner votes for the honor, however, especially if the fact he has yet to be cleared for participation in games (by the NCAA Eligibility Center) is taken into consideration. By Gary Bedore

Cheick Diallo, the media learned Thursday, likes to talk about his lifelong love of soccer and dislikes discussing more depressing topics — like his ongoing basketball eligibility case with the NCAA. By Gary Bedore