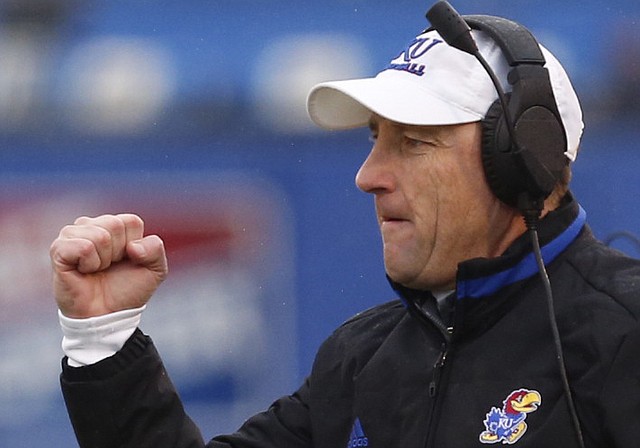 When the results of the 2016 preseason Big 12 football media poll were released on Thursday, it came as no surprise that Oklahoma was the overwhelming favorite to win the conference, securing 258 points and 24 of 26 first-place votes.

During the past couple of months, Kansas University football coach David Beaty continued his quest to mingle with supporters outside of the immediate area, visiting Denver, Tulsa, and various spots around the state to meet with KU fans and hear their questions, concerns and support for the rebuilding program. By Matt Tait

Tuesday's addition of Warren Easton High head coach Tony Hull as the new KU running backs coach opens up the potential for Kansas football to enjoy a greater recruiting presence in talent-rich Louisiana. New Orleans quarterback Tyriek Starks, who signed with KU in February and played for Hull, said other NOLA natives are sure to follow him and Hull to the Sunflower State. By Matt Tait

Kansas University’s football team made the wrong kind of history Saturday with its 45-14 loss to Kansas State cementing the first winless season in Big 12 history. By Matt Tait