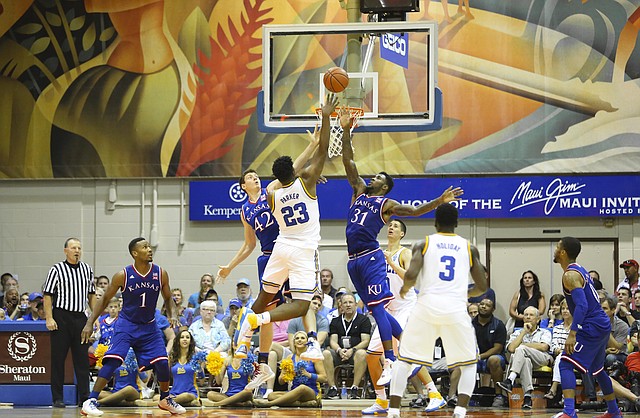 Kansas forward Jamari Traylor (31) and Kansas forward Hunter Mickelson (42) look to defend against a shot by UCLA forward Tony Parker (23) during the second half, Tuesday, Nov. 24, 2015 at Lahaina Civic Center in Lahaina, Hawaii.

For the second night in a row, the Kansas University men's basketball team lit up the first-half scoreboard for more than 50 points during Tuesday's 92-73 victory over UCLA in the Maui Invitational semifinals.