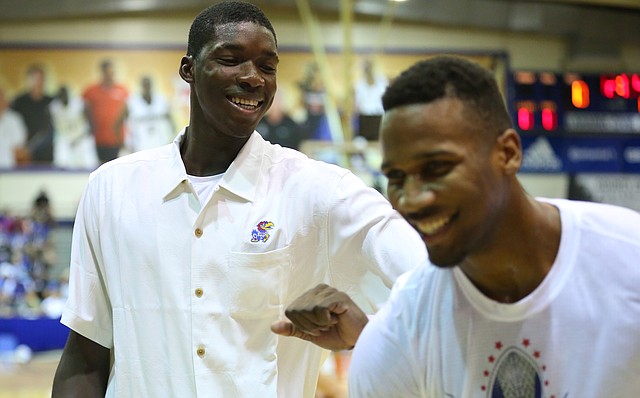 Perhaps the only thing that might have made the Maui Invitational title sweeter for Kansas University coach Bill Self would have been Cheick Diallo actually playing and contributing during victories over Chaminade (123-72), UCLA (92-73) and Vanderbilt (70-63).

Maybe all of those chants and instances of public posturing from head coach Bill Self finally worked. The NCAA announced Wednesday afternoon Kansas University freshman big man Cheick Diallo has been cleared to play for the Jayhawks, beginning on Dec. 1, at Allen Fieldhouse against Loyola (Maryland).

Kansas University basketball coach Bill Self offered up his daily Cheick Diallo update after Monday night's 123-72 victory over Chaminade in the Maui Invitational that KU athletic director was contacted by the NCAA on Monday and told that college basketball's governing body was, "working on it."