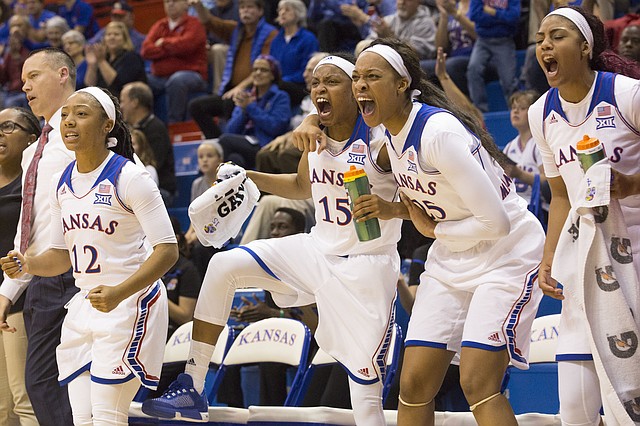 From left, Kansas' Timeka O'Neal (12), Aisia Robertson (15), Caelynn Manning-Allen (25) and Jada Brown cheer from the bench during their game against Memphis Thursday, Nov. 19, 2015, at Allen Fieldhouse.

The Kansas women’s basketball squad will get a taste of international competition and culture over the next week and a half, with four exhibition games in France and Switzerland.

In the flow: KU women pick up attack after halftime

After a 12-turnover first half had Kansas University women’s basketball coach Brandon Schneider discouraged with his players’ offensive efforts, the Jayhawks found an effective remedy in the second half Thursday night at Allen Fieldhouse. By Benton Smith