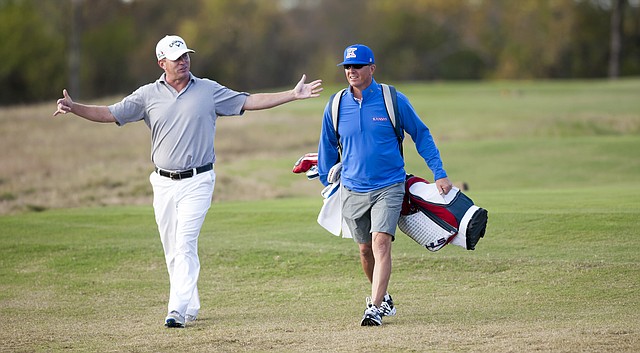 As Twitter was blowing up with some of the world’s greatest golfers mocking the USGA for messing with Dustin Johnson’s head for telling him in the middle of his final round Sunday that he might be assessed a one-stroke penalty after he finished, another professional golfer who had a good week was behind the wheel of his car, making his way from Nashville back to Lawrence. By Tom Keegan

Ex-Kansas golfer Thompson heats it up