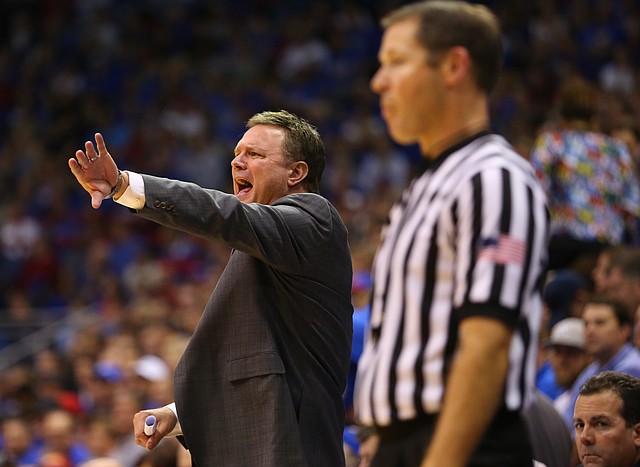 Kansas head coach Bill Self directs his offense during the second half on Wednesday, Nov. 4, 2015 at Allen Fieldhouse.

Kansas University’s basketball team scored 75 points — third-lowest mark of the season — against Harvard the day after it was revealed the Jayhawks ranked second in the country in points per game.

Self sees progress but looks for more

The mood in the locker room the day after Kansas University’s 79-73 Champions Classic loss to Michigan State apparently was nothing like a year ago when the shell-shocked Jayhawks tried to make sense of a 32-point loss to Kentucky in the same event.

What, Self worry? Not about 3s

Bill Self spent his Wednesday morning and afternoon working as an administrator, not as a basketball coach. By Gary Bedore