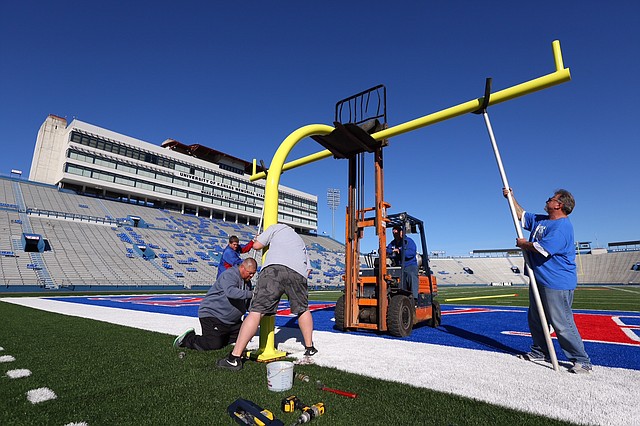 Several individuals broke the lock on the south gate to Memorial Stadium after the Royals' World Series victory Sunday night, took down a football goal post and tossed it into Potter Lake. KU police say more than $10,000 in damage was done.