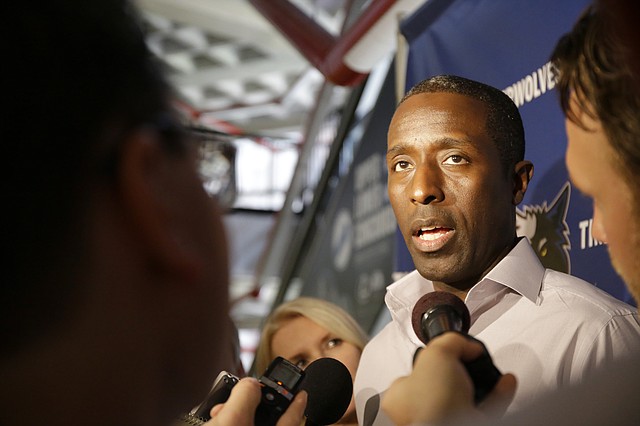 Minnesota Timberwolves general manager Milt Newton responds to a question during a media availability in this file photo from June 6, 2014, in Minneapolis.

Minnesota Timberwolves general manager/former Kansas University guard Milt Newton, who was born and raised in the Virgin Islands, returned to St. Thomas with his wife, Shalaun Newton, earlier this month to speak with youths about the importance of education and also announce the formation of a charitable foundation to assist youngsters who live in the U.S. territory. By Gary Bedore

Keegan, thanks for posting this interview. Milt is a tremendous alumni, and it is great to see him succeed and give back to youth. Like many Jayhawks, I am now a Wolves fan!