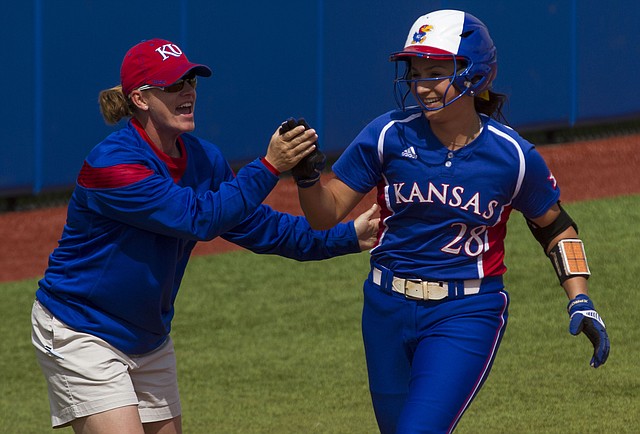 Megan Smith, head coach of the Kansas softball program for the past nine years, was named to the same position at Marshall Wednesday afternoon. Rich Wieligman will serve as the interim head coach for the Jayhawks until they find a replacement.

Five solo home runs and a loading of the bases in the bottom of the seventh inning were not enough to save Kansas University from a softball sweep by Texas. By Matt Tait