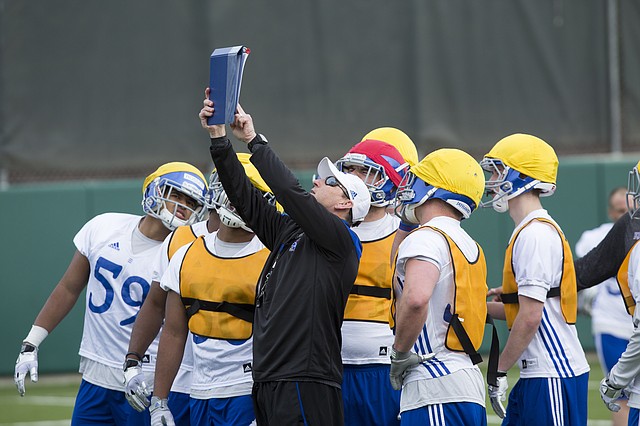 Kansas trails by two points with two seconds remaining and has the ball on South Dakota State’s 18-yard line. A decision will have to be made whether to send Matthew Wyman, the kicker with the stronger foot, or Nick Bartolotta, the more accurate kicker on short distances, to attempt the 35-yard field goal. By Tom Keegan

The more possessions a game has the more it favors the team with more talent, the favorite. That’s pretty much true in every sport. By Tom Keegan

Beaty reaching out to students

As part of his ongoing quest to bring the Kansas University student body and the KU football team closer together, first-year head coach David Beaty plans to spend some time competing with those outside of the program.

During the past five seasons of mostly disappointing Kansas football, there have been a lot of Twitter hashtags associated with the KU program.