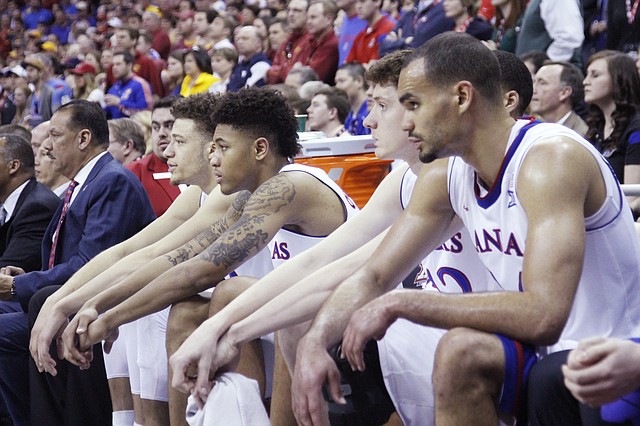 The KU bench watches the closing minutes in the Jayhawk’s 70-66 loss to Iowa State in the championship game of the Big 12 Tournament Saturday in Kansas City, MO.

To some, it may have seemed as if the entire population of Ames, Iowa descended on Kansas City’s Sprint Center for Saturday’s Big 12 championship game against Kansas University.