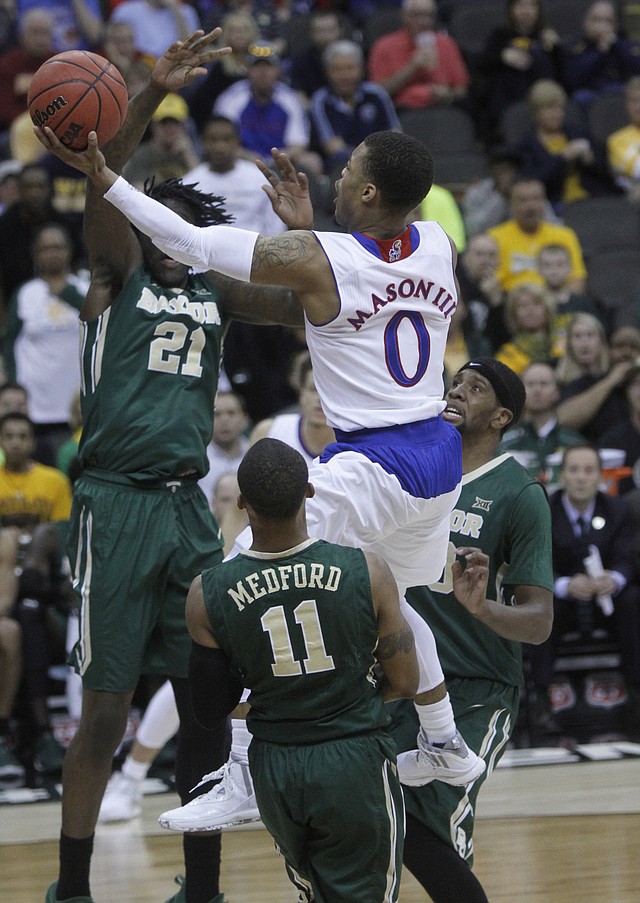 The Kansas Jayhawks opened the scoring with two three-pointers in the early going and then allowed their defense to carry the load the rest of the way. The result was a hard-fought, 62-52 victory over Baylor that pushed the Jayhawks (26-7) into Saturday's Big 12 title game against No. 2 seed Iowa State at 5 p.m. on Saturday.