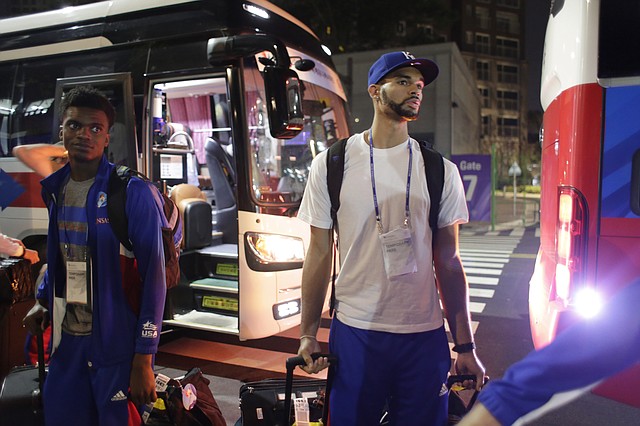 More than 28 hours after leaving Lawrence, the Kansas University men’s basketball team arrived to the athletes village in Gwangju to represent the United States in the World University Games.