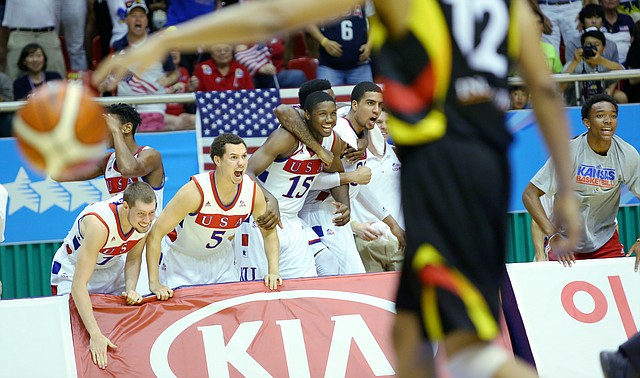 After the United States’ men’s basketball team earned gold medals in the World University Games with an 84-77, double-overtime victory over Germany on Monday, the Jayhawks’ focus turned to carrying the experience into the 2015-16 NCAA season. By Bobby Nightengale