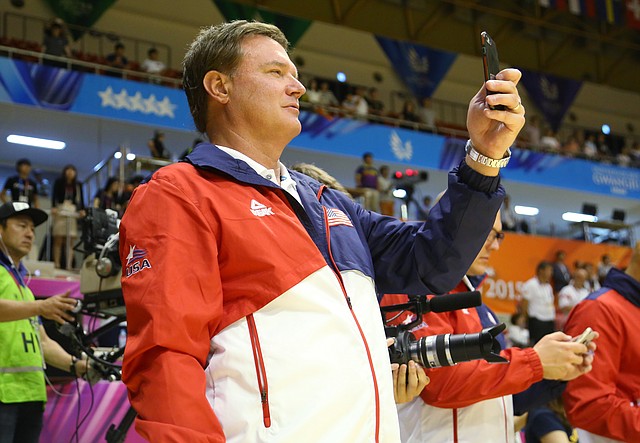 Having innate ability to control situations that easily could spin chaotically out of control is one of the qualities that makes good coaches successful.

In the past, Kansas University men’s basketball coach Bill Self had worked with a couple of select teams for international exhibition games, but the World University Games was his first experience coaching a USA national team. Despite using a university team instead of a select team, Self wants to coach USA basketball teams in the future. By Bobby Nightengale