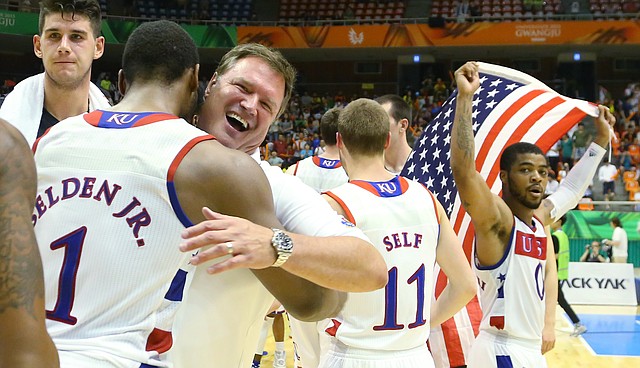 Whenever the United States’ men’s basketball team needed a basket in the final minutes of the World University Games championship on Monday, the Jayhawks turned to Kansas University junior point guard Frank Mason III. He led the Jayhawks to a gold medal in an 84-77 thriller, in double-overtime, against Germany at Yeomju Gymnasium, marking the first U.S. gold at the games since 2005, and 14th all time. By Bobby Nightengale