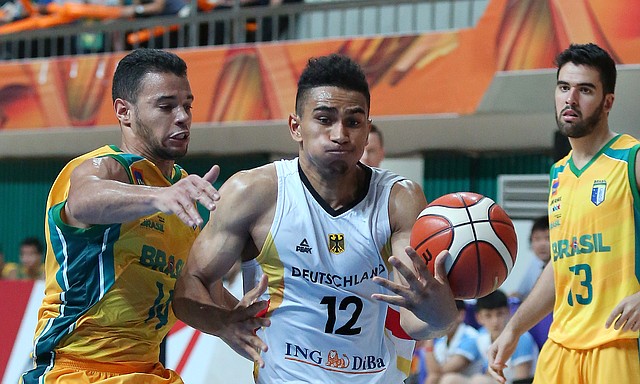 German guard Maodo Lo (12) drives to the basket in a German semi-final win against Brazil Sunday, July 12, at the World University Games in South Korea.

When the final buzzer sounded on Sunday, German players and coaches were excited about their 59-49 semifinal win against Brazil. But they knew they still had work to do. Germany will face the United States men’s basketball team in the World University Games gold-medal game, after the Jayhawks beat Russia, 78-68, at 9 p.m Monday (7 a.m. CDT on ESPNU) at Yeomju Gymnasium. By Bobby Nightengale