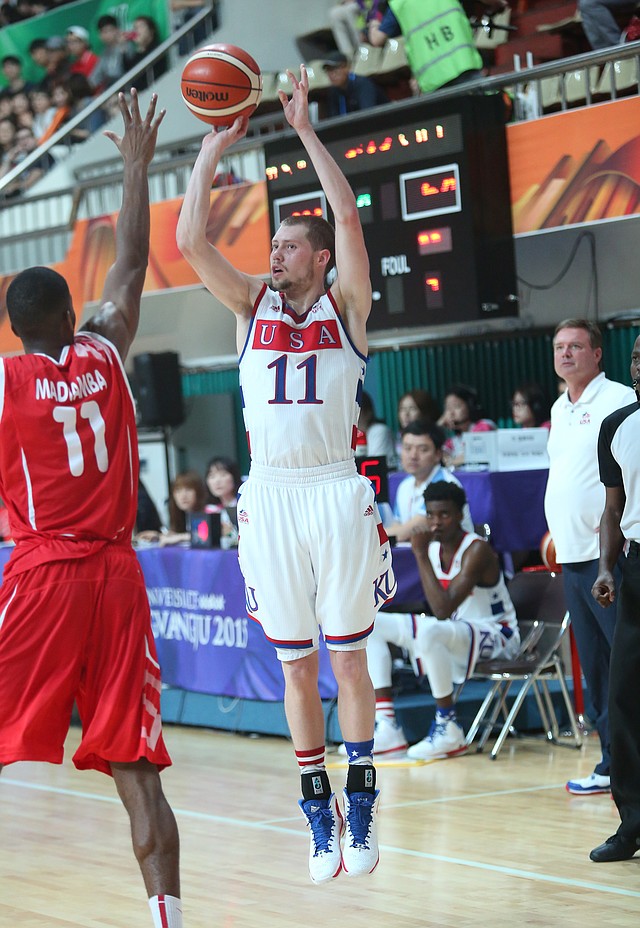 Kansas guard Tyler Self (11) launches a for three-points in front of the Team USA bench in Team USA 96-57 win over Switzerland Thursday, July 9, at the World University Games in South Korea.

Had Kansas University men’s basketball coach Bill Self been called to lead a select team to represent the United States at the World University Games, instead of his own Jayhawks, he wouldn’t have been able to spend some quality time in South Korea with his son, Tyler. By Bobby Nightengale