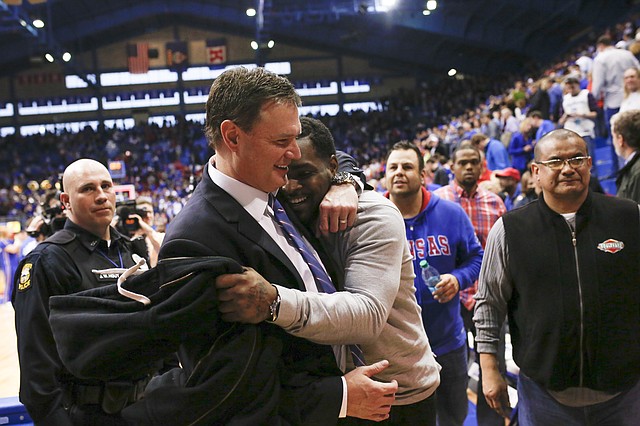 Kansas University head coach Bill Self gets a hug from former player Sherron Collins as the two head to the Jayhawks' locker room following the win against Kansas State on Saturday, Jan. 31, 2015 at Allen Fieldhouse.

Tom Keegan: Sherron Collins not yet ready to give up on basketball

During his freshman season at Kansas, Sherron Collins tried a lot of things at full speed and sometimes the game he saw in front of him seemed in his mind to be going even faster than he was.

A group of former Kansas University basketball players cheered from the stands during the Jayhawks’ 68-57 victory over Kansas State on Saturday in Allen Fieldhouse.