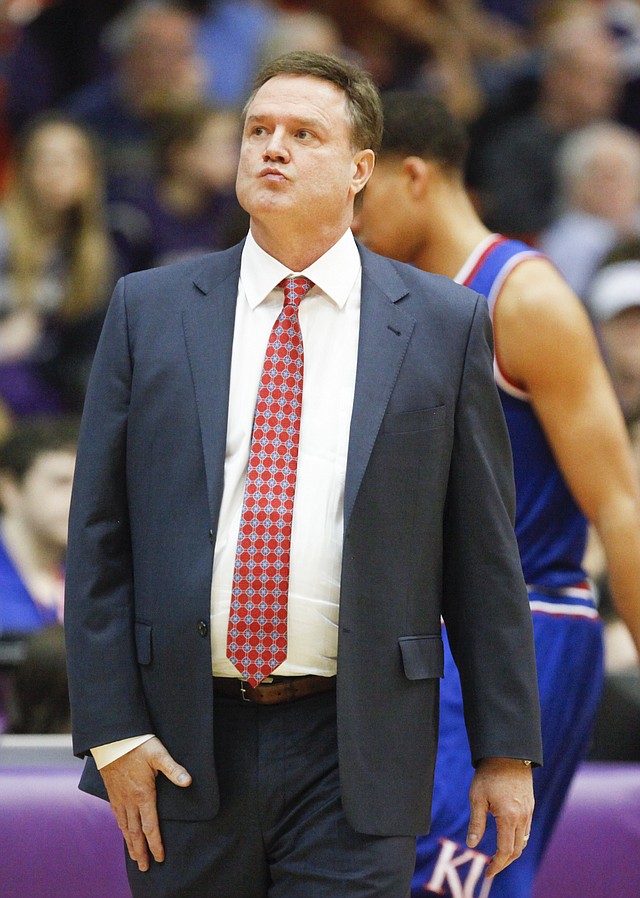 Kansas head coach Bill Self glances at the scoreboard during a timeout late in the second half at Wilkerson-Greines Activity Center on Wednesday, Jan. 28, 2015 in Fort Worth, Texas.

Self says season should be lots of fun

Bill Self, who runs Kansas University’s tradition-rich basketball program, kicked off his 13th year at KU and 30th overall as a coach by speaking at Saturday’s semester-opening Traditions Night in Memorial Stadium.

Kansas University basketball coach Bill Self has compared the end of the Jayhawks’ 64-61 victory over TCU on Jan. 28 in Fort Worth, Texas, to a trip to the dentist for a root canal.

Self will ‘take the win,’ but that’s all

As badly as Kansas University’s basketball team played down the stretch against TCU, the bottom line is the Jayhawks survived Wednesday and remain in sole possession of first place in the Big 12 Conference.

Notebook: World Games not yet priority for Kansas

Kansas University basketball coach Bill Self said on his Hawk Talk radio show he’s not yet put a lot of thought into the Jayhawks’ upcoming appearance in the World University Games in July, in South Korea.