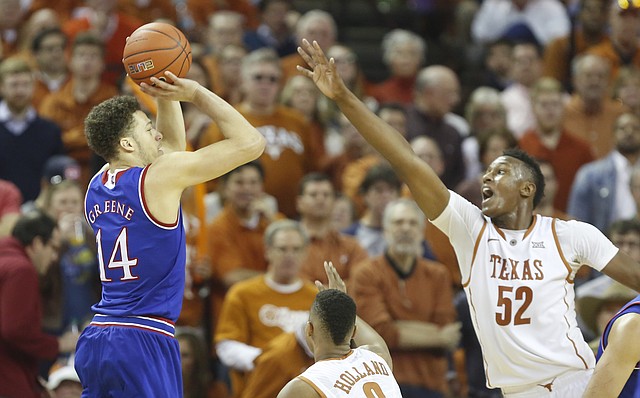 Only things that can stop Brannen Greene from shooting. First, the bench, where he is sent when he plays poor defense. Second, are the boundaries of the court, because made shots from out of bounds don’t count. Making a big contribution for the second big victory in a row, the Kansas University sophomore forward from Georgia went off for 14 points in 20 minutes, helping Kansas defeat Texas.By Tom Keegan