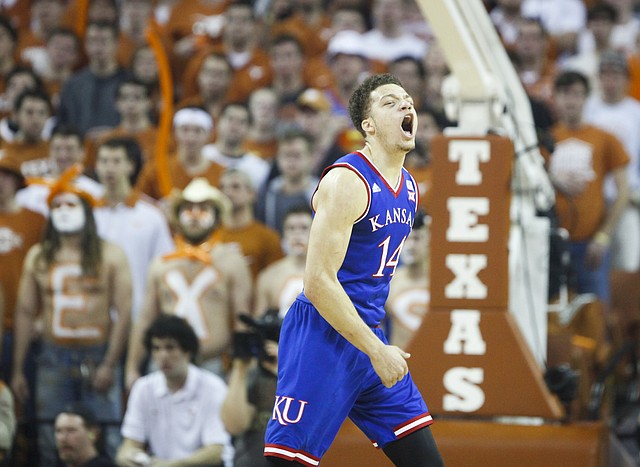 Self says 'rehab will be somewhat significant,' player to return to court 'approximately five months'

Brannen Greene's surgery to repair a torn labrum has been deemed a success.

Toughness, the No. 1 word uttered by 21st-century college basketball coaches, typically evokes images of a guy taking a charge, rebounding in traffic, successfully finishing a drive while getting hammered and then knocking down the free throw.

Kansas University sophomore Brannen Greene, who scored 14 points in 20 minutes during the Jayhawks’ 75-62 road win at Texas Saturday, had not practiced the previous two days.

Backups, Ellis come up big as KU wins at Texas

Facing a Texas team with the type of length and defense that has given Kansas trouble this season, the Jayhawks won 75-62 in Austin, Texas, by riding a couple of backups and a veteran starter.