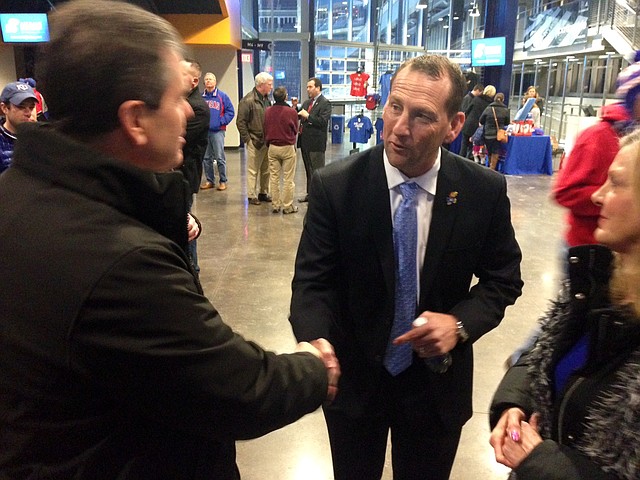 Kansas University football coach David Beaty has been a busy man since he was hired back in December. And all of the running from place to place to meet with recruits, fans, administrators and donors is something the first-year coach believes was critical in building his program. By Matt Tait

No, February doesn’t really qualify as football season. But new Kansas University football coach David Beaty and his staff certainly don’t care. They already have made stops in Hays, Hutchinson and Topeka this month as they tour the Sunflower State for a series of meet-and-greets designed to introduce the new coaches to the KU fan base.