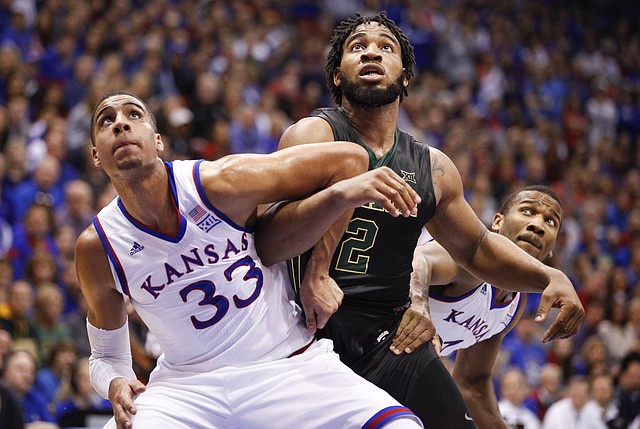 KU junior Landen Lucas was again a monster on the boards Monday night in a 94-67 rout of injury-weakened Oklahoma State in Allen Fieldhouse. He scored a career-high 14 points, to go with 10 rebounds for his first double-double of the season and second of his career. Five of his boards came off the offensive glass on a night he reached double figures in rebounds for the third game in a row. By Tom Keegan

Jayhawks to get taste of home

For the first time in the 13-year Bill Self era, Kansas University’s basketball team will play a pair of home games to open the Big 12 season.

Landen Lucas scored five points in a 10-0 run that turned a four-point Kansas deficit into a six-point lead in the second half of KU's 74-64 Saturday home win over Baylor. The performance impressed former Jayhawks power forward Nick Collison, of the Oklahoma City Thunder. By Gary Bedore