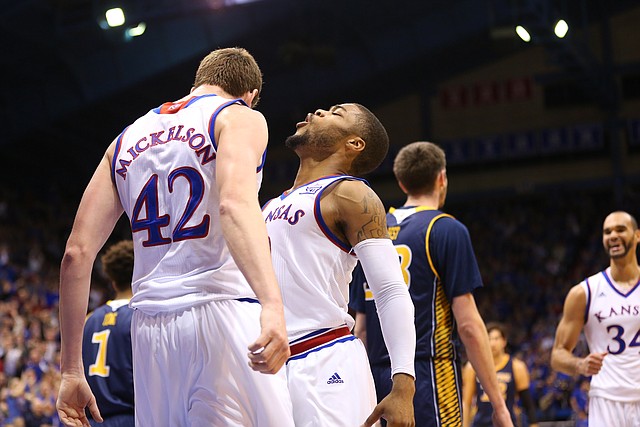 Kansas guard Frank Mason III celebrates with forward Hunter Mickelson (42) after Mickelson converted a bucket after a UC Irvine foul during the second half, Tuesday, Dec. 29, 2015 at Allen Fieldhouse.

Bill Self playfully slapped 7-foot-6, 300-pound giant Mamadou Ndiaye on the backside as he interacted with the UC Irvine junior seconds after the final horn sounded in Kansas University’s 78-53 victory over the Anteaters on Tuesday night in Allen Fieldhouse. By Gary Bedore