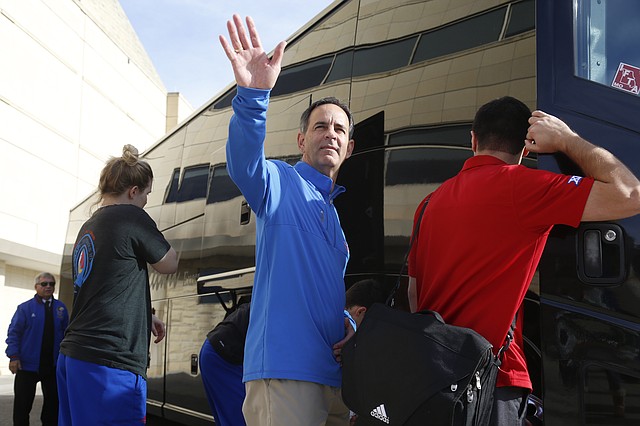 KU volleyball coach Ray Bechard waves to the crowd on Wednesday Dec. 9, 2015, as the team left form Horejsi Family Athletics center, and boarded a bus to the airport, as the Jayhawks head to San Diego for the Sweet 16, against Loyola Marymount on Friday.

The particulars of how the final, vital piece of Ray Bechard’s coaching staff came into place revealed a lot about how Kansas University has risen to volleyball prominence in recent years. Everybody played a part in making it happen. By Tom Keegan