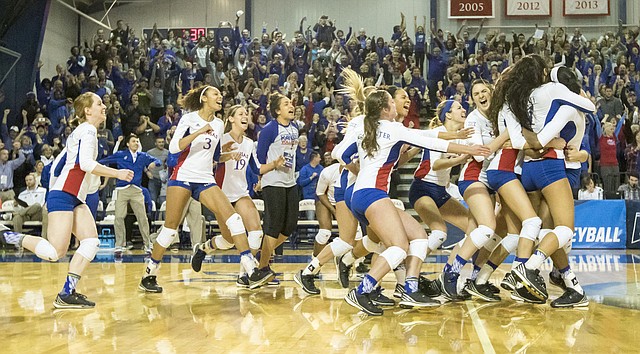 Nothing felt scripted about the huge roar from the Kansas volleyball players when their first-round NCAA tournament match appeared on the screen. The spontaneous celebration gave those not watching the screen a pretty good guess as to the opponent: Missouri.