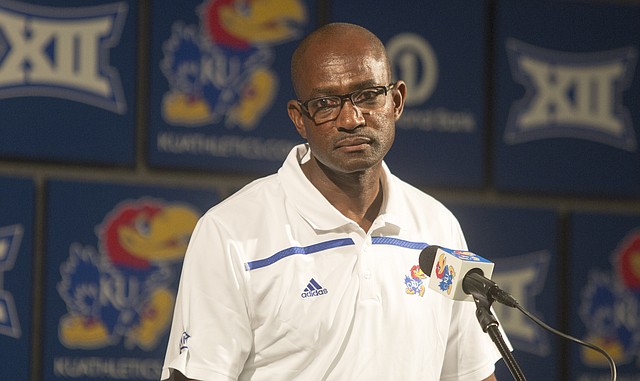 Even though Kansas cross country coach Stanley Redwine thinks the Jayhawks made significant strides in 2018, Redwine said the team still has plenty of room to grow.

Kansas University track and field coach Stanley Redwine has been selected as the 2016 men’s Big 12 Coach of the Year by the league’s coaches, it was announced by the conference office Thursday.

For Kansas cross country runners, there’s no place like home

The runners on Kansas University’s cross country teams should be quite familiar with Rim Rock Farm by season’s end. By Chris Duderstadt