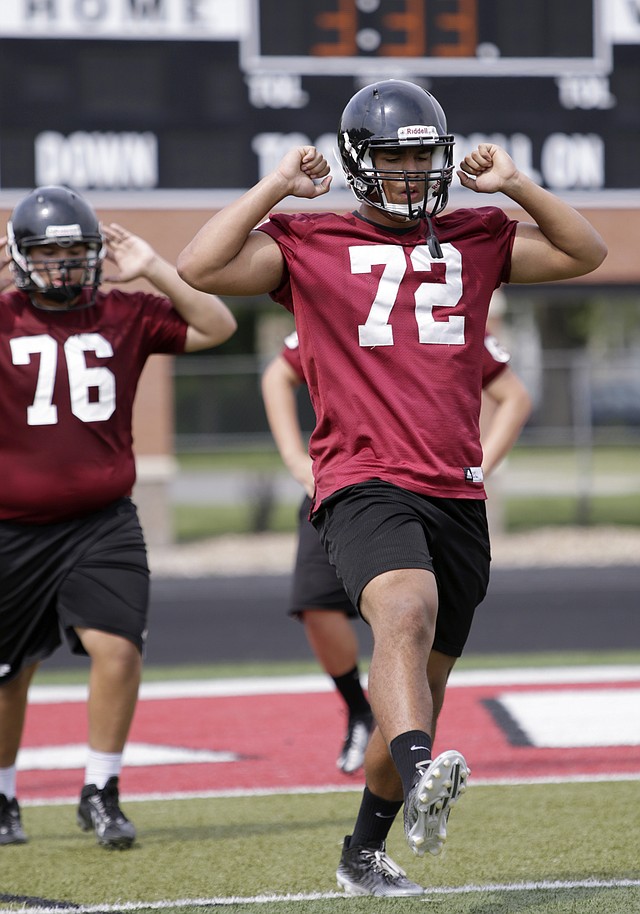 Lawrence High graduate Amani Bledsoe, a freshman defensive end at Oklahoma, was suspended for the rest of this season and seven games in 2017 for flunking an NCAA performance enhancing drug test.

The more I think about it, the more I believe that Kansas has a legitimate shot at landing Lawrence High senior defensive end Amani Bledsoe, the top local football recruit in decades. A variety of factors play into that belief. By Tom Keegan