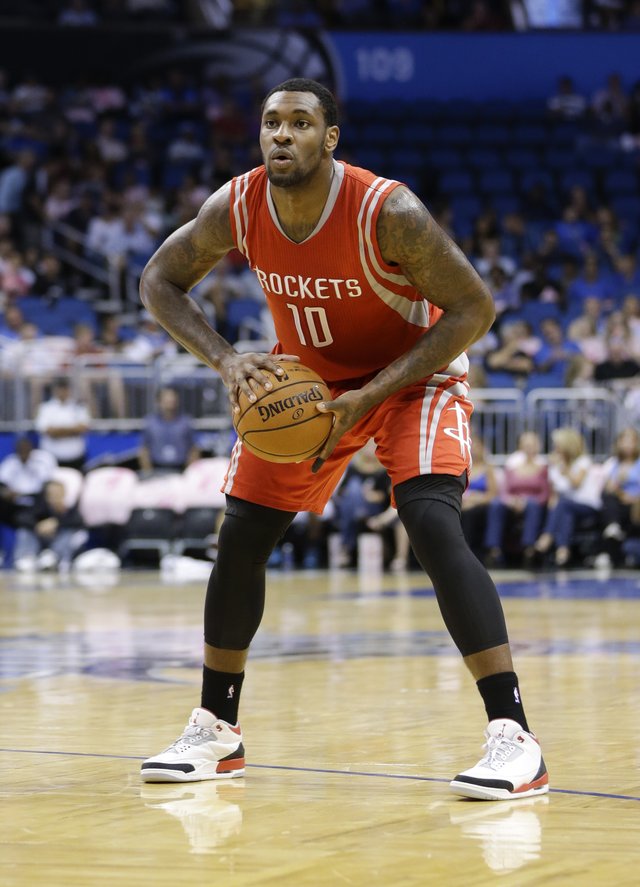 Houston Rockets' Tarik Black (10) looks to pass the ball against the Orlando Magic during the first half of an NBA preseason basketball game in Orlando, Fla., Wednesday, Oct. 22, 2014.

Former Kansas forward Tarik Black is headed back to the NBA team with which he started.

Former Kansas University forward Tarik Black, who has started the Houston Rockets’ last two preseason games in place of Dwight Howard (arm laceration), still isn’t guaranteed a spot on the NBA team’s roster as the next round of cuts looms Sunday, the Houston Chronicle reports. By Gary Bedore