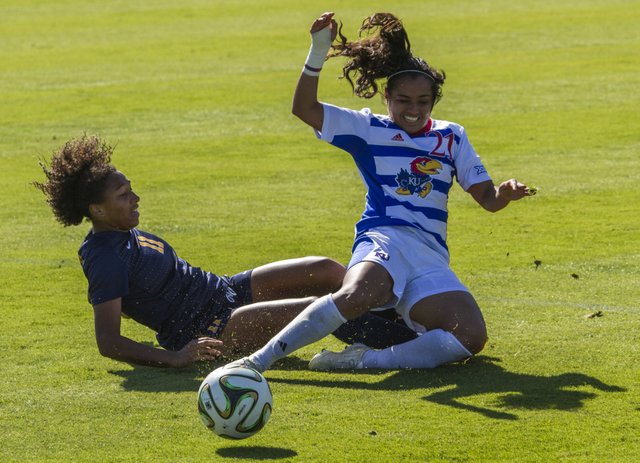 The No. 9-ranked Kansas University soccer team had won 14 of its first 15 games before suffering its first back-to-back losses of the season — the latest, 2-0, to No. 16 West Virginia. By Benton Smith