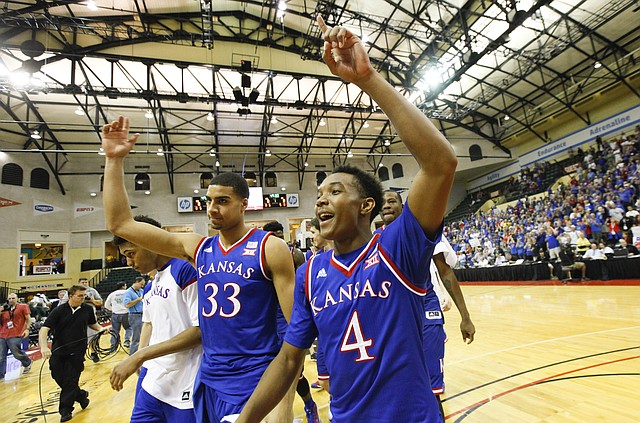 The championship game of the Orlando Classic was not considered a “must win” for Kansas University’s basketball team since it’s so early in the 2014-15 season. It was pretty important, though. By Gary Bedore