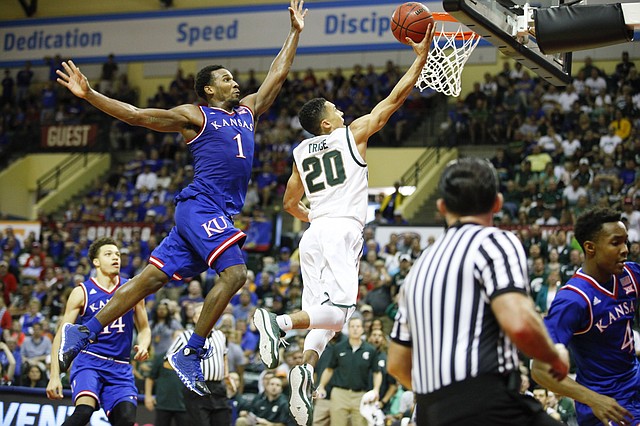 Kansas University’s nonconference basketball schedule figures to be rugged again during the 2015-16 season. By Gary Bedore

Izzo: 'A dead man can make a layup'

High-flying Michigan State senior forward Branden Dawson, slowed by the flu since Monday, might have a get-well card waiting for him upon his return from East Lansing, Mich., but it won’t be from his coach, Tom Izzo. By Tom Keegan