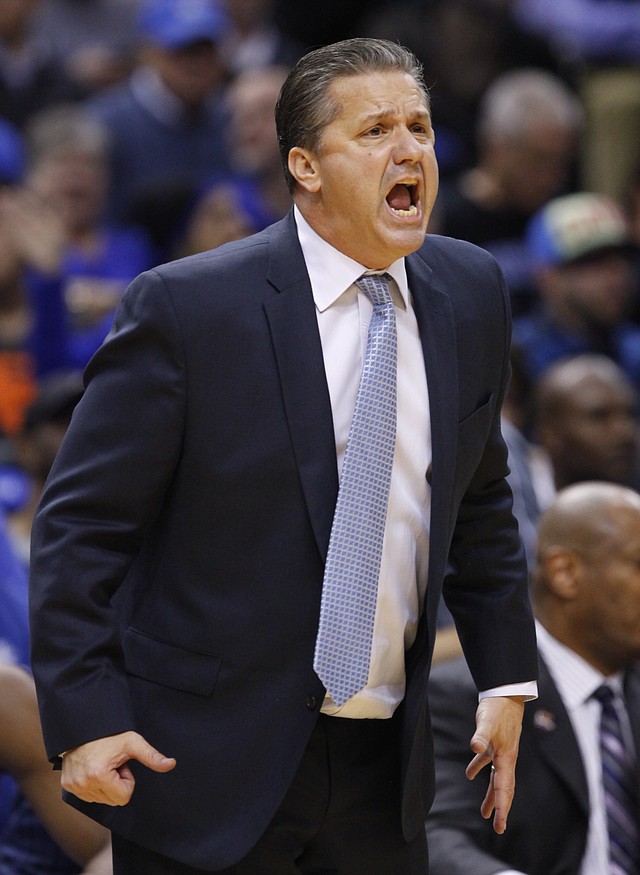 Kentucky head coach John Calipari yells at his players during the first half of the Champions Classic on Tuesday, Nov. 18, 2014 at Bankers Life Fieldhouse in Indianapolis.

Kentucky coach John Calipari stuck to his two-platoon system almost exclusively throughout the first half and started with it in the second half of Tuesday night’s 72-40 victory against Kansas University in Bankers Life Fieldhouse. By Tom Keegan