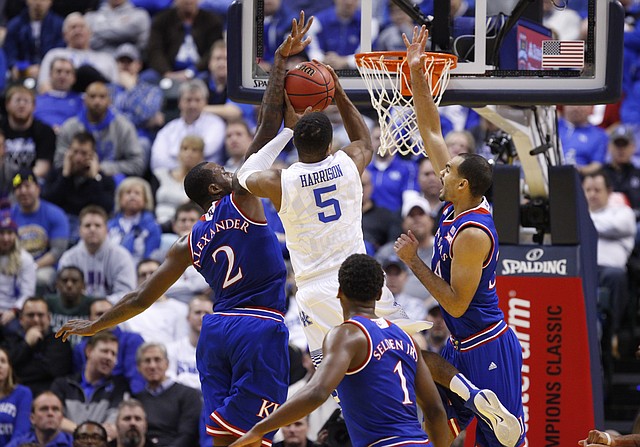 Kentucky guard Andrew Harrison (5) gets to the bucket between Kansas forward Cliff Alexander (2) and forward Perry Ellis (34) during the second half of the Champions Classic on Tuesday, Nov. 18, 2014 at Bankers Life Fieldhouse in Indianapolis.

Television earned the nickname “Boob Tube” because it really can turn our brains to mush. Particularly in sports, most notably in discussions comparing NCAA Tourament résumés and seedings. By Tom Keegan

For all the attention paid to the Kansas University basketball team’s offensive failures, the truth is, the No. 1 reason KU is not the popular pick as the team to beat in the Big 12 lies elsewhere. By Tom Keegan