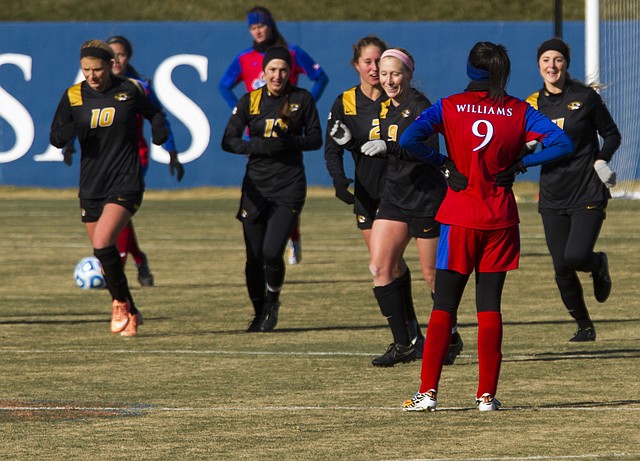 Kansas University’s soccer team had not allowed more than two goals in a game all season prior to its NCAA Tournament first-round matchup against Missouri on Sunday at Rock Chalk Park. The Tigers came into enemy territory for the first Border War showdown since 2011 and changed that, defeating the Jayhawks, 3-1. By Chris Duderstadt