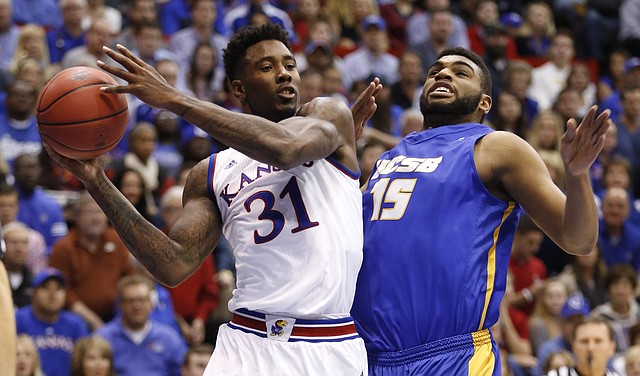 Kansas University basketball coach Bill Self has suspended junior forward Jamari Traylor one game as response to Traylor’s weekend arrest on a charge of interfering with duties of an officer. By Gary Bedore

Thirteen NBA teams were represented at the season opener between the Kansas University men's basketball team and the UC Santa Barbara Gauchos, a game won by the Jayhawks, 69-59.