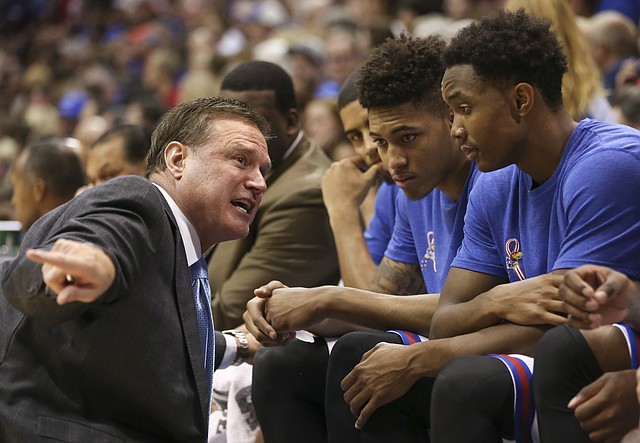 Kansas head coach Bill Self takes a knee to talk with some of the freshman during the second half on Tuesday, Nov. 11, 2014.

The demise of college basketball appears to have been somewhat exaggerated. But … “I think our game is not quite as good as what it has been,” Kansas University coach Bill Self said recently. By Gary Bedore

Bill Self: Midwest didn't get any easier overnight

Bill Self woke up Monday morning feeling the same way about the NCAA Tournament’s Midwest Regional as he did on Selection Sunday. By Gary Bedore

Build-up for Tuesday’s Kansas University-Kentucky game can definitely wait a day or so.