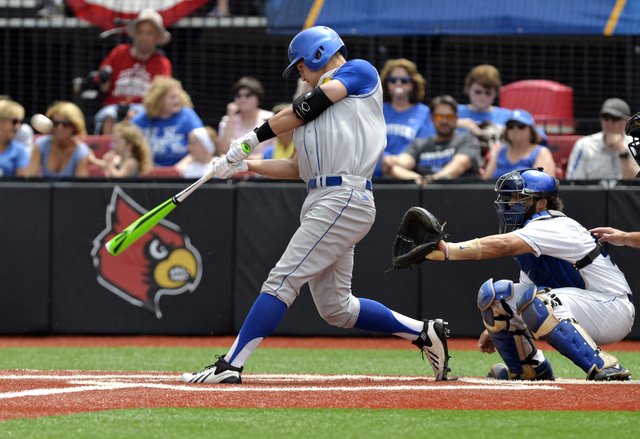 KU-Louisiville NCAA baseball game to be shown on ESPN2

On the heels of its 10-6, opening-day victory over No. 22 Kentucky in NCAA Baseball regional action, the KU baseball program announced early Saturday morning that today's game vs. No. 13 Louisville would be shown on ESPN2.

Kansas vs. Louisville to air live on ESPN 2