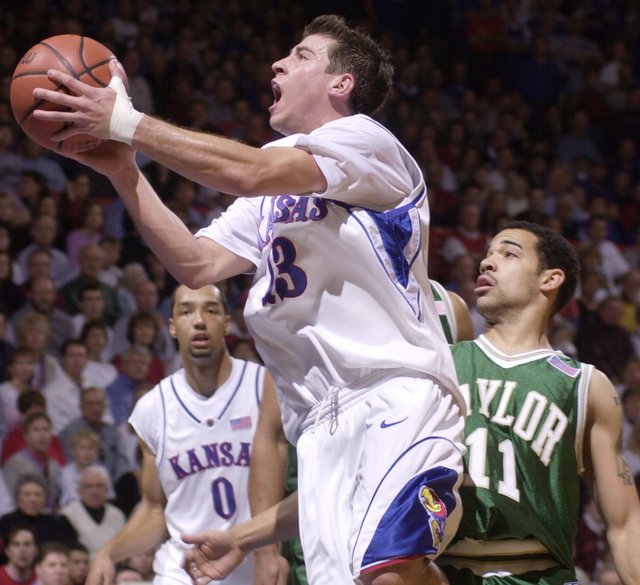 Former Kansas sharp-shooter Jeff Boschee, who still holds most of KU’s biggest 3-point shooting records, has not been able to get back to Lawrence as often as he would have liked since the end of his playing days, with his own coaching career and busy family life dominating most of his time. By Matt Tait