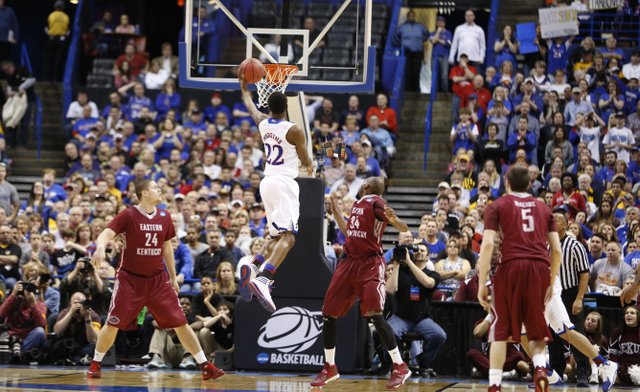 Andrew Wiggins is the highest scoring freshman in Kansas University basketball history. Wiggins, a 6-8, 200-pounder from Ontario, Canada, totaled 19 points off 7-of-13 shooting in KU’s 80-69 NCAA Tournament opening victory over Eastern Kentucky on Friday in Scottrade Center. By Gary Bedore