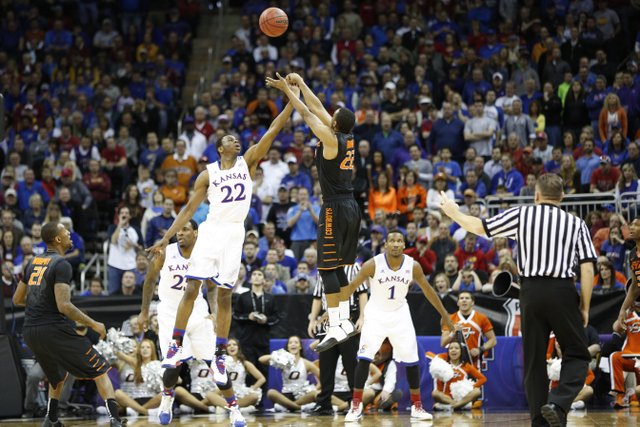 Even though his presence would have added a 7-foot shot-blocker in the paint who averaged 11 points, eight rebounds and blocked 72 shots during the regular season, Oklahoma State senior Markel Brown said he would rather have seen Kansas University's Joel Embiid on the floor during the Cowboys' 77-70, overtime loss to KU in Thursday's Big 12 tournament quarterfinal match-up at Sprint Center. By Matt Tait