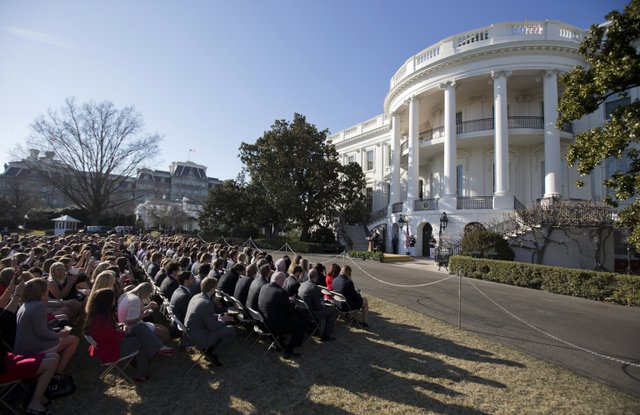 President Barack Obama honored 19 NCAA Division I championship teams, including the 2012-13 Kansas University women’s track and field team, during a ceremony Monday at the White House.