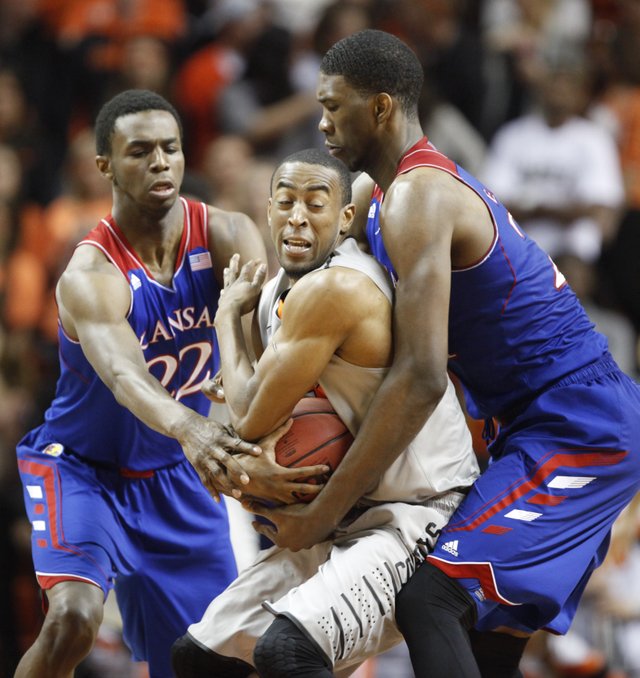 Kansas player Joel Embiid, right, and Andrew Wiggins try to tie up Oklahoma State guard Markel Brown during the second half on Saturday, March 1, 2014 at Gallagher-Iba Arena in Stillwater, Oklahoma.