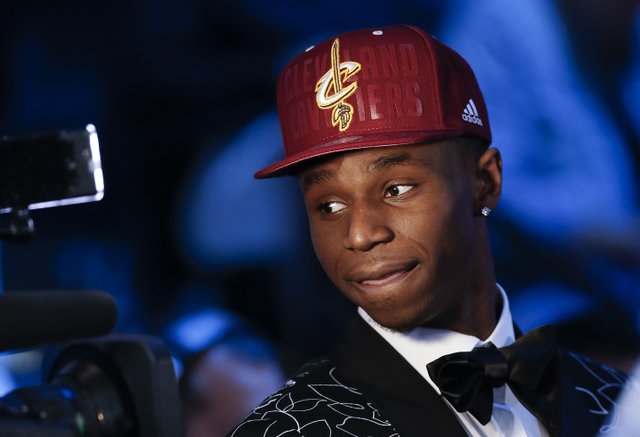 The long-rumored trade of Andrew Wiggins from the NBA’s Cleveland Cavaliers to the Minnesota Timberwolves was confirmed by Yahoo Sports and USA Today on Thursday. “I think this is kind of anticlimactic,” Kansas University coach Bill Self said with a laugh Thursday on ESPN radio’s “SVP and Russillo” show. By Gary Bedore

The public posturing from both sides surrounding a potential Andrew Wiggins-for-Kevin Love swap has spiced up the short NBA offseason. By Tom Keegan

Two weeks ago, it looked like former Kansas University basketball standout Andrew Wiggins was well on his way to becoming the torch bearer for Jayhawks in the NBA. Today, that path seems a little less likely. By Matt Tait

With his million-dollar smile and versatile game already in place, Andrew Wiggins needed just one more thing to look the part of the undisputed No. 1 pick in this year’s NBA draft. Thursday night, at the Barclays Center in Brooklyn, Wiggins delivered. Wearing a silver-and-black sparkling suit and black bow tie, Wiggins was selected No. 1 by the Cleveland Cavaliers. Story from Matt Tait