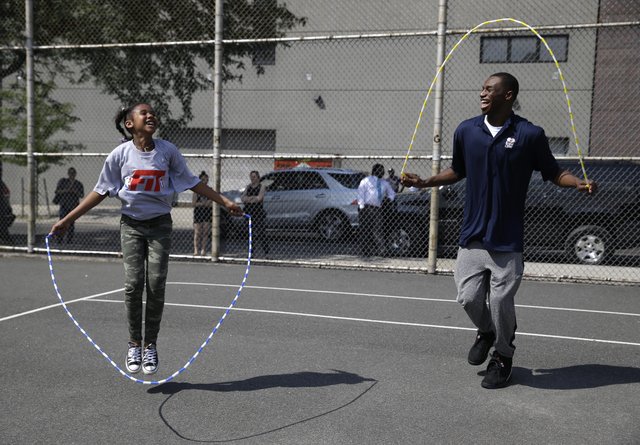 Kansas' Andrew Wiggins jumps rope with a student during a kids basketball clinic in New York, Wednesday, June 25, 2014. Wiggins and other 2014 draft prospects are in town for the NBA draft in Brooklyn, New York on June 26, 2014.

On Wednesday, Andrew Wiggins and 19 other NBA draft lottery hopefuls went through one final day of preparation for this year’s main event, which begins at 6 tonight in Brooklyn's Barclays Center. By Matt Tait