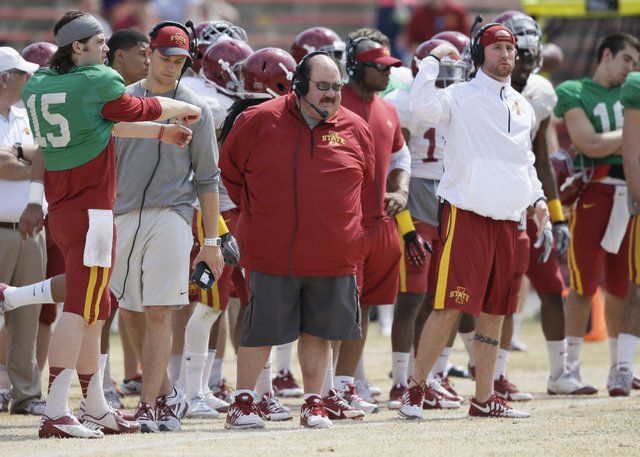 It's been 1,817 days since Mark Mangino last coached a game inside Kansas University's Memorial Stadium, but the wait for his return is down to four. Mangino, Iowa State's current offensive coordinator who won 50 games as KU's head coach from 2002-09, will return to the town where he became a fan favorite and the 2007 consensus national coach of the year on Saturday, when the Cyclones (2-6 overall, 0-5 Big 12) invade Lawrence for a showdown with the Jayhawks (2-6, 0-5). By Matt Tait

Cyclones psyched to have Mark Mangino back in Big 12

Iowa State coach Paul Rhoads and four of his players talked Tuesday at Big 12 media days about what the addition of former Kansas coach Mark Mangino as ISU offensive coordinator has meant for the program. By Matt Tait